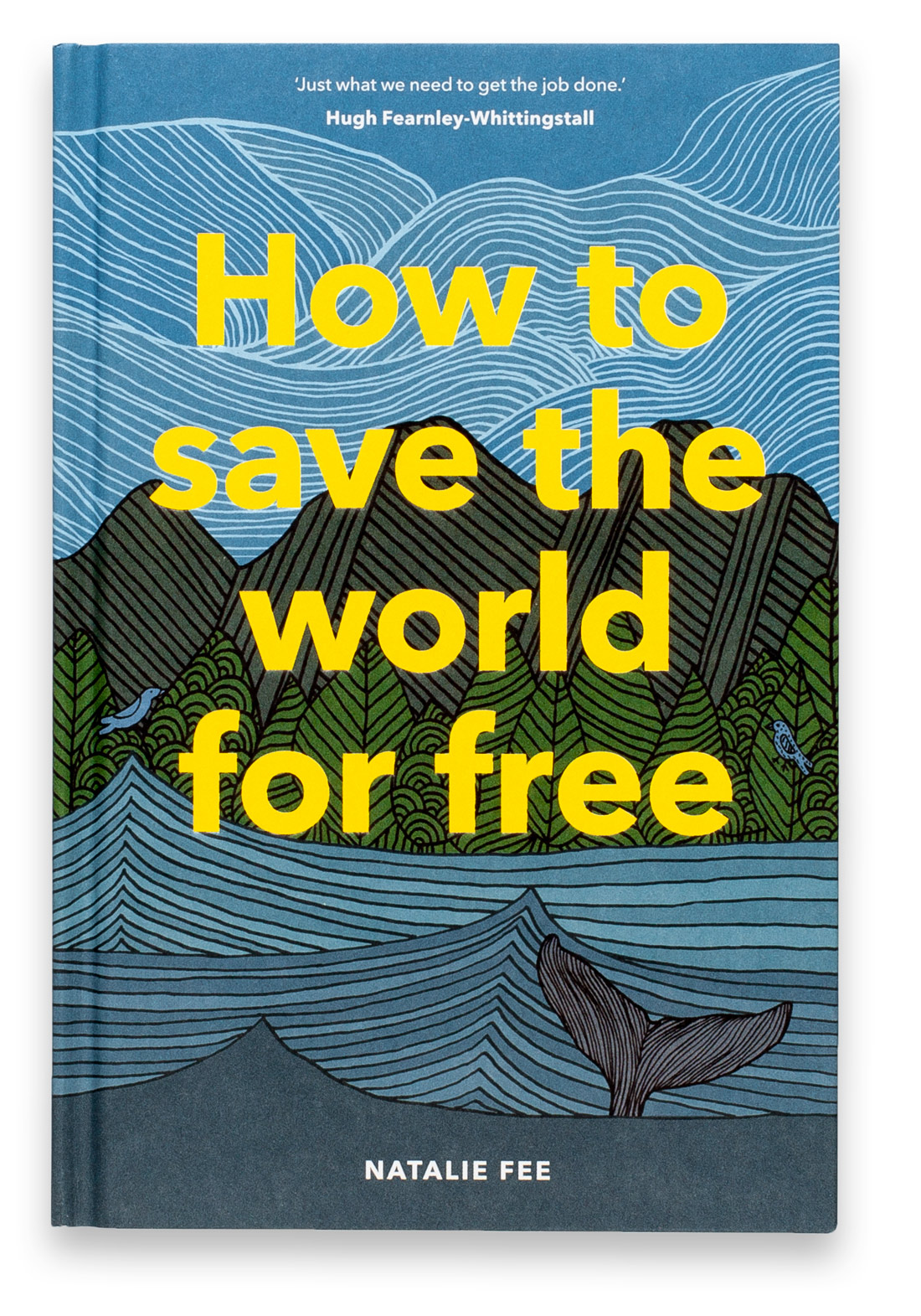 how to save the world for free

Read the book? Yay. I hope you loved it. Here you’ll find some links to resources, films and the all important references.

And if you’re up for helping me spread the word, or maximise your impact, you’ll find a few suggestions for that too.

Oh and if you’ve ended up here and don’t have a copy of the book yet, try the link below.

Here’s a list of the films mentioned in the book.

An Inconvenient Truth, 2006 – to buy and stream

This Changes Everything, 2015 – buy and stream

An Inconvenient Sequel, 2017 – buy or stream

Links for all of the sources cited in How to Save the World for Free can be found here:

want to help spread the word?

If you feel inspired to get other people reading the book, here are a few ways you can help.

Publish a review on Goodreads, Amazon and Hive.

Share a photo of yourself and the book (or the book, or something you’re doing as a result of reading the book!) on social media using the hashtag #HowtoSavetheWorldforFree

Admittedly I'm a bit hap-hazard when it comes to regular emails. They're usually monthly, sometimes quarterly, but always worthy of a place in your busy inbox. So for articles, news, events, campaigns and competitions, I'd love you to sign up here.