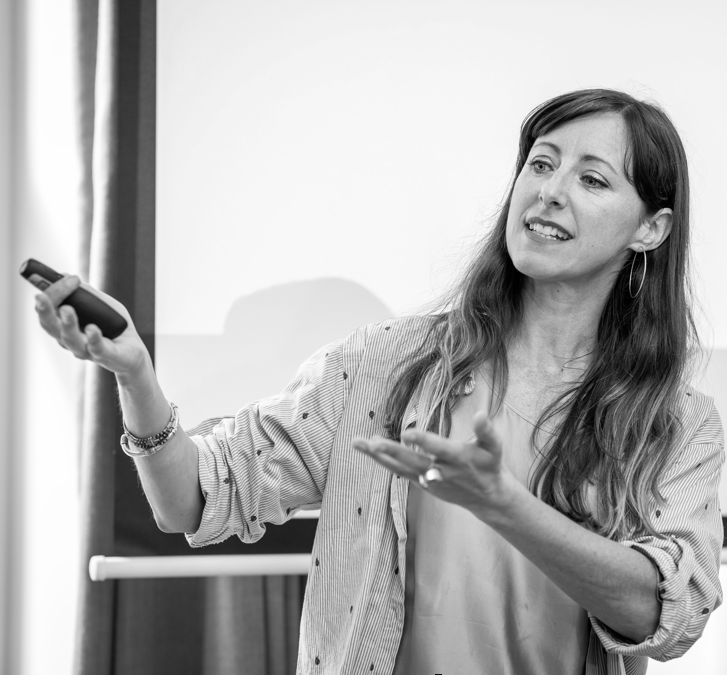 The theme for this year’s International Women’s Day is #EachforEqual.

I look around at the faces of my team members at City to Sea, the blossoming non-profit I set up four years ago to fight plastic pollution, and I see a mix of passionate, talented campaigners and leaders. And they’re mostly women. Four out of five of our senior leadership team identify as female, our CEO is female and out of a team of 34 staff only four identify as male.

When it comes to saving the planet, or the oceans in our case, you’d be forgiven for thinking it’s women’s work. But I didn’t set out to create a female-led organisation and this year’s IWD theme, #EachforEqual, is a good opportunity to reflect on the fact that we’re not particularly diverse.

I chose my cause, or it chose me, back in 2014 when I stumbled across a Facebook video about the devastating plight of the albatross chicks, dying in their nests with their bellies full of plastic. I started with a music video about plastic pollution and one thing led to another. I got some funding, people joined me, we won awards.

Since then, City to Sea has gone on to achieve extraordinary things, having an impact I’d never imagined possible. It’s been phenomenal. And really, really busy.

I’m a single mum of a teenager, a daughter, a partner, a friend, an author, a sister, a wannabe meditation pro – I’m all these roles and more. And like so many others my career is underpinned by an unstoppable desire to help our beautiful planet get out of the mess it’s in and safeguard it for future generations.

What I’m saying is, for the last five years I’ve not had much headspace to think about diversity in the workplace. I didn’t even plan for it to be a workplace, let alone an exemplary one. But looking back, I see as a founder I really should have thought about it sooner. Educated myself sooner. Implemented a strategy sooner.

Now the team are flowing and growing and need me less, with our savvy and talented CEO at the helm, I’ve had time to reflect. I’ve been able to look up from my laptop and observe. I’ve been able to say to our wild and wonderful HR manager: “What are we actually doing about our lack of diversity?”

I’ve been able to read books, set up a book club at work to encourage others to do the same (Why I’m No Longer Talking to White People About Race by Reni Eddo-Lodge was my favourite read from 2019 – I know I was embarrassingly late to the table on that one given it was published in 2017) and see how far we’ve come as an organisation, and how far we’ve got to go to become a diverse one

Each for equal to me doesn’t mean being perfect in terms of diversity at City to Sea, but making sure we know where we want to be, why we want to be there, and doing everything in our power to understand what barriers we might have inadvertently created – and actively address them.

Personally, the fear of “getting it wrong” has held me back in countless ways throughout my life. As I write about our failings as an organisation to get it right, I notice the familiar dread of saying the wrong thing, or not saying the right thing well enough. But I think another fantastically feminine trait is vulnerability – something I see by the bucket-load at work.

We encourage each other to be honest, to share not just what we’re doing, but how we’re feeling. We’ve created a safe space to bring all of ourselves to work, not just the shiny professional version. And we have office hot water bottles for period cramps.

So maybe it’s okay to be female-skewed for now, to celebrate the slow-but-steady swing of the pendulum in the opposite direction from a couple of thousand years of patriarchy. Maybe it’s to be celebrated – especially when working to prevent ocean plastic and runaway climate change, when we look at the companies responsible and find that only one per cent of CEOs in the oil and gas industry are female. Each for equal? Not yet. But we’re working on it.

As well as educating ourselves on diversity, creating a more diverse board (including a social investment specialist who serves as an executive on the UK’s Diversity Forum), sharing our findings with each other and re-writing our handbook to be more inclusive of those identifying as neither male or female, we’re also sharing stories of diverse voices in the environmental movement.

We re-allocated some of our core funding to pay for a diversity audit, to help us see our blind spots and to become more diverse, because the environmental movement needs it as much as we do as an organisation. And we turn to our most prominent board member, Planet Earth, for a perfect example of diversity in action.

Protecting the planet for future generations isn’t women’s work, it’s everyone’s, and we need to actively create seats at the table for a diverse set of hearts and minds to help make it happen.